Dear Richard: I am writing to report on my experience when I was in Belgrade two weeks ago.

You know I have inquired quite a lot since I first started collecting information on ‘penis widening through tissue engineering with biodegradable scaffolds’.

This was mainly because of two reasons. The first one is obvious: I knew nothing whatsoever about this type of phalloplasty, so I wanted to learn the ropes of it.

The second, as you mentioned in one of your previous e-mails, has to do with one’s perspective.

Although I am both an open-minded and an optimistic person, I am on the other hand very analytical and wary.

That side of me induced me to be rather suspicious right from the start. The main reason being the chaotic world where we live nowadays.

Crazy thoughts came to mind from time to time: ‘what if you have contacted a criminal gang? What if all this is just a very well organized scam to rip off people’s money?’

I know they were a ludicrous set of thoughts with no basis at all, but after all human.

My main concern being having contacted undesirable people who were impersonating seasoned surgeons. 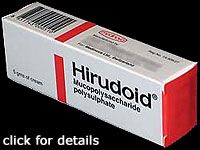 That side of me was totally wrong of course. Rados is an excellent guy, and this is the same for Professor Perovic.

They are simply great.

From the very beginning on March 16th everything was carefully planned.

A driver picked me up at Nikola Tesla Airport and took me directly to the clinic where I would be operated next day.

It didn’t take much for Rados to break the ice and start preparing all the arrangements for the surgery.

In fact, we got along like a house on fire from the start.

Being that Rados is so laid-back and easygoing makes things easier.

He also has got a good sense of humor and human touch which is more than necessary in these situations.

All what I have just stated is true for Professor Perovic.

When it comes to this top-notch surgeon, he certainly blows my mind away.

In my opinion, he may be the best urological surgeon currently worldwide.

This man really knows his stuff!

I can honestly say that he has done an excellent job with me.

It is a real honor to have counted on such a wise man to thicken my penis due to his expertise and professionalism.

The only thing I regret is not to have met these doctors much earlier.

I do take my hat off to the two of them. 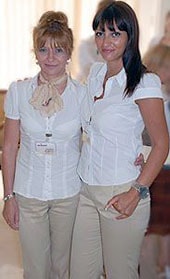 By the same token, the nurses and doctors who attended me at the medical facility treated me not only kindly but also very professionally.

The nurses gave me the red-carpet treatment from the beginning, which made me unwind and chilled out.

I think I even returned to Spain with a few extra kilos.

On top of that, I must say that I didn’t know Serbian women were so beautiful!

Last but not least, I would like to address now Mr. RothHaas.

I would have never taken the plunge without him.

He is extremely competent and hard-working.

It never elapsed more than twenty-four hours to get a concrete reply (on many occasions it was just a few hours).

He is straightforward and diligent, which makes you believe and trust the incredible team which work together with Dr. Perovic.

Besides, he is empathetic and tries to be always helpful to those requiring surgery, which results in an outstanding service.

Undeniably, he plays a vital role within this complex machinery.

A million thanks to him, Dr. Perovic, Dr Djinovic, and the whole team at the medical facility.

I am truly grateful to all of them.